Carl Robert Holty (1900–1973) was a German-born American abstract painter. Raised in Wisconsin, he was the first major abstract painter to gain notoriety from the state. Harold Rosenberg described Holty as "a figure of our art history," known for his use of color, shape and form. In 1926, while living in Munich, Holty originally planned to attend the Royal Academy.

From 1930 to 1935 he lived in Paris, exhibiting his work to good reception. Upon returning to the United States, he found artist representation in New York City and became involved, once again, with Hans Hofmann and Vaclav Vytlacil as well as Stuart Davis, whom he had known in Paris. In the 1930s he used tape to give strong edges to forms, also reworking and overpainting sections, as seen in his work Gridiron (1943–1944). Holty served as artist in residence at Georgia State University, University of Florida, University of California at Berkeley, University of Wisconsin and the Corcoran School of Art. He also wrote a book, with Romare Bearden, titled The Painter's Mind, published in 1969.
Product Compare (0) 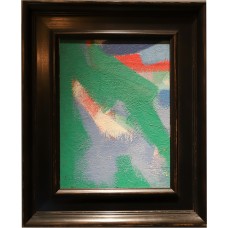