Publio Amable Raúl Martínez González, known as Raúl Martínez, (1 November 1927 – 2 April 1995) was a Cuban painter, designer, photographer, muralist, and graphic artist. He is best known for colorful pop-art portraits of leading Cuban political figures including José Martí and Camilo Cienfuegos. Martínez was born in Ciego de Ávila and studied in Havana and at the San Alejandro Academy in Havana, Cuba, and later at the School of the Art Institute of Chicago. His early works were abstract.

By 1965, Martínez started losing interest in abstraction, but did not return to the "painting for the sake of painting" . Briefly, during the 1960s, Cuba had been heavily influenced by the socialism of Soviet Russia.
Product Compare (0) 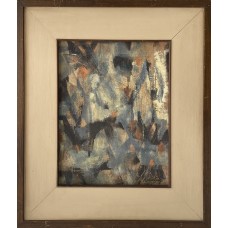 Oil on Canvas Mounted to Board 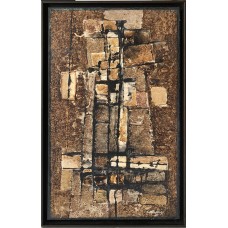