Jacques Doucet was born in 1924 in Boulogne-sur-Seine, France and died in 1994 in Paris. He was the only member of French birth in the COBRA group. Jacques Doucet went to grammar school in Paris. During this time he wrote poems and made drawings. In 1942, at Saint-Benoit-sur-Loire, he became the friend of the poet Max Jacob, who encouraged him to paint. At the Liberation, he studied for some time at the Académie Montparnasse, but gave up the studies to fulfil himself.

In 1947 he exposed at the ”Europaiskola” in Budapest, where he met Corneille and with the latter as an intermediary participated in the Dutch experimental group ”Reflex”. After having been a member of the movement ”Surréalisme révolutionnarie francais”, he found in the ”COBRA” group affinities with his own ideas and the means of expressing them. Jacques Doucet has regularly had exhibitions in France, Italy, Holland, Sweden and Denmark. His works are found in the museums of modern art of Paris, Valence and Toulouse in France, of Aalborg and Silkeborg in Denmark, of Skopje in the ex-Jugoslav republic of Macedonia, of Mexico and of Stockholm in Sweden.
Product Compare (0) 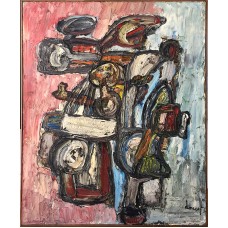 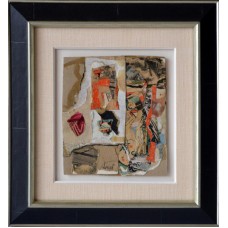 Collage and Oil on Cardboard 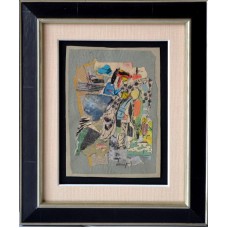 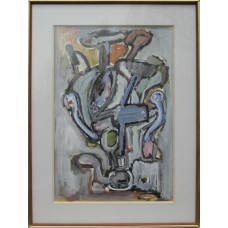 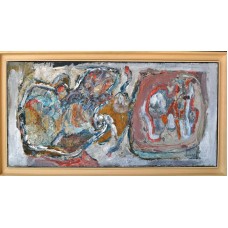 Exhibited at the Musee d'Arles 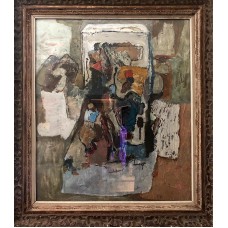 Oil & Mixed Media on Board