Philippe Hosiasson grew up in Odessa, in a family of storekeepers, and was related to the Russian writer Boris Pasternak. Between 1910 and 1912, Hosiasson traveled to Berlin with his parents and got in touch with the Western avant-garde. He started drawing at a young age. He briefly attended the School of Fine Arts in Odessa, and studied law and art history at Odessa University in 1912. In 1917, he published a text on El Greco. In 1918, he married Olga Bilinski. In 1920, his university sent him to Rome where he met André Derain, who worked for Diaghilev’s Ballets Russes. He was fascinated by the Roman palaces and drew everything around him, such as crowds or streets.

In 1937, he participated in the World Fair in Paris, for which he decorated the Pavillon de la Martinique. Philippe Hosiasson was mobilized to join the army in 1939 and was seriously wounded near Dunkerque. He spent the years under the Occupation in Toulouse, Marseille, and the Nice area. He came back to Paris in 1948 following a long illness, which resulted from his wound. During the years 1947-1948, he started to paint his first “informal” paintings, which Michel Tapié and Michel Seuphor associated with Abstract Expressionism.
Product Compare (0) 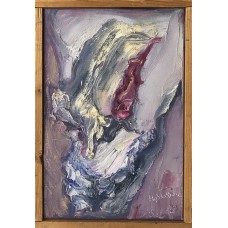